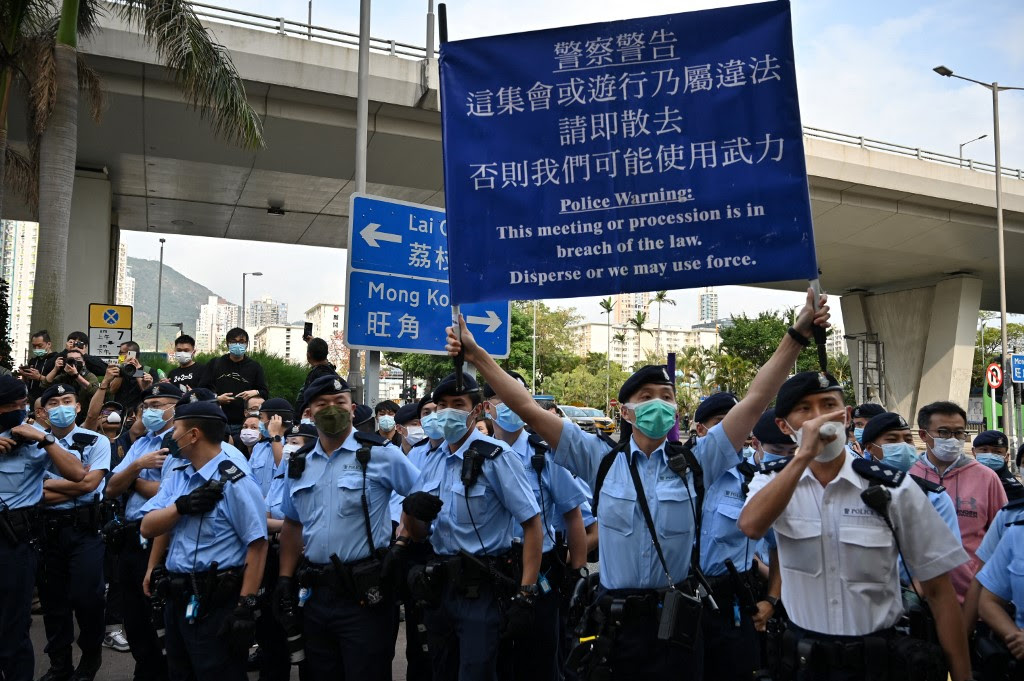 A new report analysing Hong Kong’s national security law shows how the law, imposed by Beijing authorities, is being used to target journalists and activists under broadly worded offences including secession, subversion, terrorist activities and collusion with a foreign country. The report was produced by the Centre for Law and Democracy (CLD) as part of an IFJ Asia-Pacific project.

The ‘Analysis of the Law of the People’s Republic of China on Safeguarding National Security in the Hong Kong Special Administrative Region’ outlines the precise legal means used in the national security law to dampen press freedom in Hong Kong. The national security law, which affects Hong Kong but was passed in Beijing in June 2020, was internationally condemned upon its implementation and without consent or input from local lawmakers. The law has given China control over criminal prosecutions in Hong Kong. The most recent and high-profile case of its use against the media was in the sustained attacks and subsequent incarceration of media tycoon and pro-democracy activist Jimmy Lai.

The CLD report, supported through a program of the IFJ which was focused on defending media freedom in the China space and exploring China’s expanding global influence, illuminates how the law creates four new broadly worded offences, namely secession, subversion, terrorist activities and collusion with a foreign country. Collusion with a foreign country is the most opaque, according to CLD, and covers ill-defined and subjective notions which have no place in criminal law, such as “disrupting the formulation of laws, engaging in hostile activities against Hong Kong or China and provoking hatred against government.”

The examination of the national security law also demonstrates how other problematic features, including the reversal of the presumption of bail, the creation of an oversight committee controlled by the Chinese Government and the extension of police powers to takedown content online, are diminishing the space for civil society and free debate in Hong Kong.

Toby Mendel, CLD executive director said: “It is a supreme irony that this law, which was introduced in response to the protests in Hong Kong against threats to introduce legislation to allow criminal suspects to be extradited from Hong Kong to China, not only allows such extraditions but goes so much further. With this legislation China has affirmed its legal and practical control over freedom of expression in Hong Kong.”

The IFJ said: “The IFJ is pleased to be able to collaborate with CLD and other global partners advocating against China’s controls on media freedom in Hong Kong. It is clear that continued threats by the Chinese government to independent journalism in Hong Kong are evident in the legal controls within the national security law. Now more than ever, we must stand by our colleagues in Hong Kong to speak out against the attacks on media freedom that are happening under the arcane and repressive national security law.”