The second wave of the COVID-19 pandemic started in the latter part of April in India is continuing to be threatening. Though there is a significant decrease in the daily count of fresh corona patients, from 400,000 in the first week of May to 200,000 in the fourth week, the situation is still far from satisfactory. The total number of corona deaths has passed the 300,000 marks, and the total number of COVID-19 patients has exceeded 275 million as of May 28, 2021. Even though the vaccination process has been accelerated during the past few days, India’s healthcare system has not fully recovered yet. Still, there is a severe shortage of drugs, hospital beds, oxygen, ventilators, etc. in many rural areas. Furthermore, the rapid spread of the Black Fungus (or Mucormycosis) disease has added fuel to the already burning crisis. 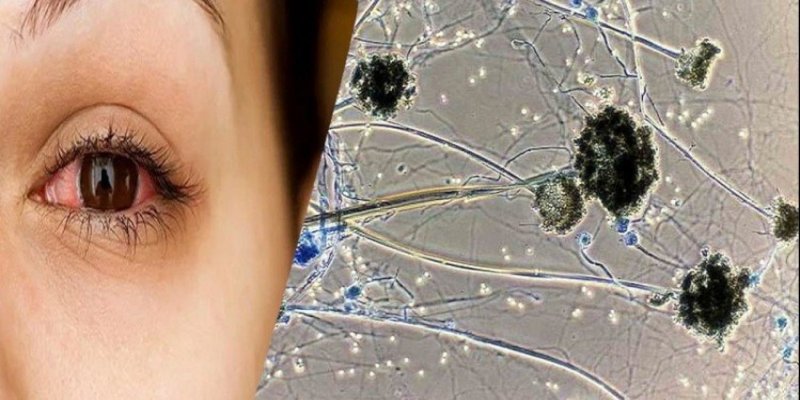 Obviously, a number of factors have contributed to this unexpected surge in April, and the emergence of new, more infectious virus variants is considered to be one of the main reasons. Experimental data show that variant B.1.1.7, first found in the UK, is the dominant virus variant in the state of Punjab. A new, more dangerous variant called B.1.167, first identified in India late last year, was found to be dominant in the state of Maharashtra. B.1.167 variant, which has already found in more than 50 countries, is said to be containing two mutations having increased transmissibility. Further, the slow progress in the vaccination process till April has been another contributory factor to the devastating second COIVD-19 wave. India, while being the leading manufacturer of the anti-COVID vaccine, has commenced the vaccination process in January 2021, but the progress has been rather slow. By mid-April, the first dose of the vaccine was administered to only 10% of the total population, and both two doses were given only to 2%.

However, after the vaccination process started in January, the attitude of the majority of people in India including the political authorities towards the pandemic has changed significantly. The arrival of the vaccine has pushed everyone to a relaxed mood, and there was a misapprehension among many that India has already conquered the COVID-19 pandemic. In February 2021, Bharatiya Janatha Party has passed a resolution praising Prime Minister Narendra Modi for his leadership in turning India into a “victorious nation in the fight against COVID-19”. Under these circumstances, the travel restrictions were relaxed, and political rallies and religious ceremonies with mass gatherings were allowed. Elections were held in a number of states and thousands of people have gathered in political rallies. In a rally held in West Bengal, Prime Minister Narendra Modi said that he was thrilled to see such a large crowd. Simultaneously, a number of religious festivities were held and the Hindu pilgrimage Kumbh Mela has drawn millions of worshippers. As reported by Hindustan Times, more than  9 million people have bathed in the Ganga river during the period from January 14 to April 27, 2021, as a ritual of the Kumbh Mela festival. Thus, the false assumption that India has conquered the pandemic and the resultant relaxed behavior have in turn contributed to the disastrous second wave of the pandemic. 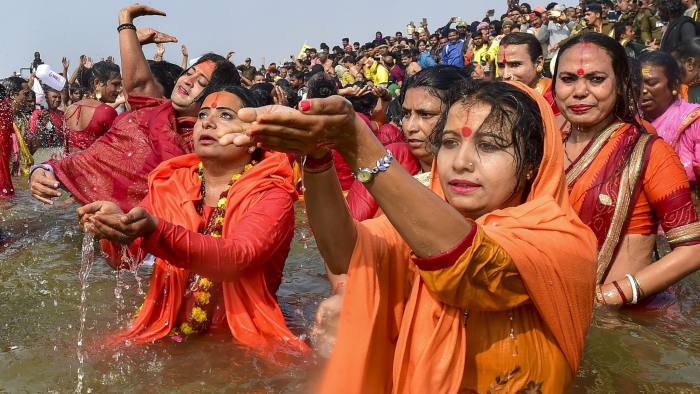 However, what we should understand is that the current COVID crisis in India will not be contained within its borders, but is a real threat to the entire world. The first coronavirus patient was found in Wuhan city, Hubei Province, China in December 2019, and, in January 2020, the World Health Organization (WHO) has declared a Public Health Emergency of International Concern, as the virus has spread outside China. Later in March 2020, the WHO has declared the novel coronavirus or COVID-19 virus as a Global Pandemic. According to experts’ definition, a pandemic is an epidemic of an infectious disease that has spread across the world and created havoc. Though this pandemic has been torturing the entire world for more than one and half years now, some of the countries, especially the so-called developed countries were reluctant to accept its global (worldwide) nature. Instead of joining hands with the WHO to curb the virus, some countries have been trying to control the virus on their own. However, the current Indian COVID crisis has shocked the entire world including the developed countries, and forced them to change their approach and attitudes towards the pandemic. Now, it is apparent that many countries have accepted the fact that the Indian crisis may easily turn into a global crisis.

Firstly, we should not forget that with more than 1.5 billion people, India alone accounts for about 1/6 of the entire humankind. It means that the Indian crisis definitely will not be limited to its own territory. As emphasized by Dr. Saumya Swaminathan, WHO’s chief scientist once, “the virus does not respect borders, or nationalities, or age, or sex or religion”. When the number of infectious persons increases in such a populous country, there is a high probability of the emergence of new virus variants. Every single infection provides the virus an opportunity to evolve and produce a mutation. In other words, when the number of COVID infections in a country is high, then the probability of the emergence of new variants is also high. In turn, these new virus variants might spread into other countries. For example, it was reported that on a recent flight from New Delhi to Hong Kong, 50 passengers were tested positive for COID-19. As mentioned above, the more dangerous variant B.1.167 has now found in more than 50 countries.

It has to be noted that the threat of spreading the Indian B.1.167 variant to the neighboring countries, such as Bangladesh, Nepal, Sri Lanka, is even higher. With a 1,770 km long border, the Indian virus variant may easily penetrate Nepal territory. In fact, a significant increase in the number of COVID-19 patients was observed from early May, in Nepal. The total number of corona patients in Nepal has already exceeded 540,000 and the total number of corona deaths has reached 7,000 marks. With a relatively weaker healthcare system, only 2.2% of the total population of Nepal has been vaccinated to date. Dr. Netra Prasad Timsina, Chairman of the Nepal Red Cross Society has warned that if the present trend is not arrested immediately, Nepal will have to face a situation very much similar to the current Indian one, in a few weeks’ time. Likewise, a threat to Sri Lanka also cannot be underestimated. A few weeks ago, it was reported that an Indian national was found infected with the B.1.167 variant in a quarantine center. Also, there were news reports about attempts by Sri Lankans living in India, especially in Tamil Nadu, to come to Sri Lanka illegally using boats. With the deteriorating conditions in the refugee camps in Tamil Nadu, these illegal attempts might increase further. Furthermore, it has been a long tradition of Sri Lankan fishermen to have contact with their Indian counterparts in the deep sea.

The negative impact of the ongoing Indian COVID crisis is not limited only to the possibility of virus spread, but to many other spheres. First of all, India is supposed to produce 70% of the world’s COVID vaccine requirement, and the Serum Institute of India was given the rights to produce the AstraZeneca vaccine. India is supposed to provide a large quantity of the vaccine to low and middle-income countries under the Covax facility backed by the UN and WHO. However, India has temporarily suspended the export of the COVID vaccine due to the current crisis. Although the Indian authorities have announced that they might recommence the export of vaccines in October, the temporary suspension has already adversely affected vaccination roll-outs in many countries including Sri Lanka. Moreover, the pharmaceutical industry in India is the third-largest in the world in terms of volume, and 20% of the global exports of generic drugs are done by India. Obviously, if there will be jeopardy in the Indian pharmaceutical industry as well, it will have dire consequences for the healthcare systems around the world. In such a scenario, a severe shortage of drugs around the world could also be anticipated. 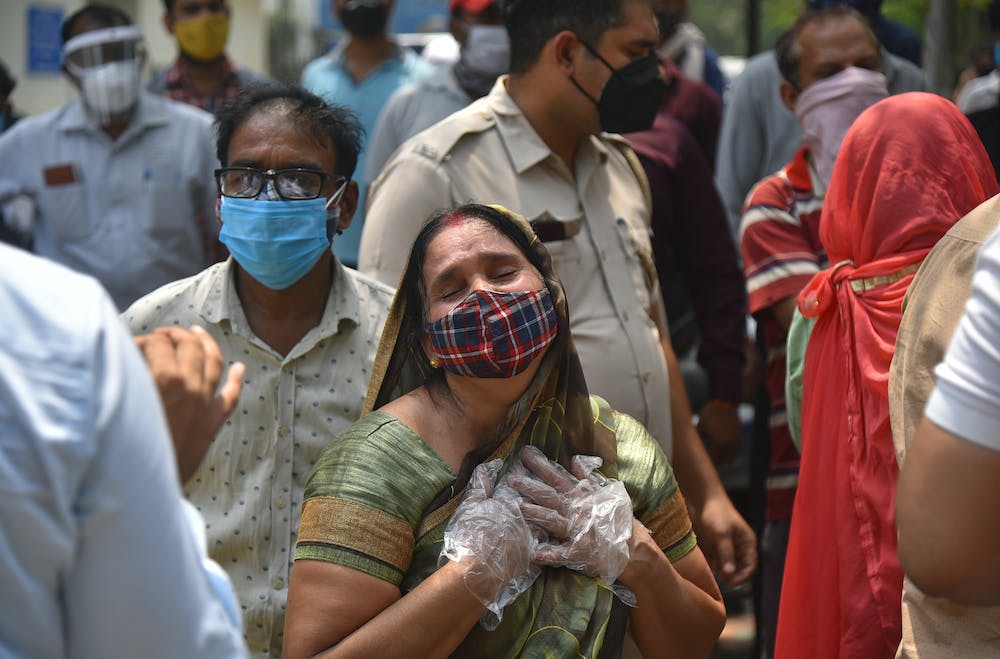 In addition, India is the fifth-largest economy in the world and India’s contribution to global economic growth is extensive. With a relatively high annual growth rate of 4 to 8% during the last few years, India has had a significant impact on the world economy. However, if India’s economy goes downhill due to the present crisis, it will have a devastating effect on the economies of many countries including the developed ones. If the current travel restrictions with India will continue for a long time, it will be a piece of really bad news for many businesses around the world. Furthermore, India provides a large number of back-office staff for many sectors in the Europe and USA. Considering all these issues, it is imperative for all the countries to help India to come out of this crisis. US President, Joe Biden was one of the first world leaders to announce the readiness to support India, and the US has already sent several flights with essential goods to India. It is noteworthy that even Pakistan has come forward to help India in this difficult time. Russia has sent a stock of its COVID vaccine, Sputnik V, to India and granted permission to India to produce its vaccine.

So, the current COVID crisis in India has given a severe warning to the entire world and it has taught the world many lessons. It has proved that this is a real Global Pandemic, a real threat to the entire humanity, and as such, a collective effort from the entire world is needed at this crucial moment. It has reminded us again that human civilization is so interconnected today, that no one will be safe until everyone is safe.